Welcome to the Orphan Well Association 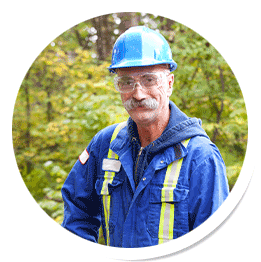 As part of its investment in the energy industry, the Government of Canada’s plans include a $200 million repayable loan to the OWA. The Government of Alberta has also announced a $100 million repayable loan to the OWA, in addition to a loan announced by the province in 2017 and provided over three years. Service companies interested in working for the OWA can find information in the Work With Us tab.

In addition to loans provided to the OWA, the Government of Alberta also announced the Site Rehabilitation Program, primarily funded by the federal government’s COVID-19 Economic Response Plan, which will provide up to $1 billion in funding to Alberta’s oilfield service contractors to perform well, pipeline, and oil and gas site reclamation work. The Site Rehabilitation Program is a separate program not administered by the OWA. The OWA is ineligible to apply for grant funding. Please go to alberta.ca/siterehab for further information.

The Orphan Well Association is an industry-funded collaboration among the Alberta Government, provincial regulators and oil and gas producers to work toward a common goal: protecting public safety and managing the environmental risks of oil and gas properties that do not have a legally or financially responsible party that can be held accountable. These properties are known as “orphans.” The mandate of the OWA is to safely and efficiently decommission orphan oil and gas wells, pipelines, production facilities and restore the land as close to its original state as possible.